I am an Australian from Perth and now based in London. In the 1980’s with a freshly minted MBA from the University of Toronto and a specialty in corporate strategy, I navigated Australian business world misogyny. Having had enough of that, I then sought a refreshing change in African tribal and business culture; Africa became my second home.

In the 1990’s, having already travelled the length of the Nile, I found myself (and REAL Adventure) by cycling 14,500 kilometres – solo – across Africa from West to East through seventeen countries for eighteen months.

I have been a corporate strategy advisor to major African privatisations and multinationals. My work included leading a team exploring privatisation in Madagascar at the end of the Cold War and that nation’s return from thirty years in Marxist isolation, and setting up a small consultancy practice in Accra, Ghana, a prelude for my next business adventure.

I lived ten years from 1999 to 2009 in extraordinary, exhilarating and debilitating Lagos, Nigeria where I built my own successful strategy and change management consultancy practice and impactful social enterprise making hand made paper and paper products.

Appointed Australia’s Honorary Consul for Lagos and the eighteen states of the Nigerian Federation, an area including some 80 million people and the source of oil revenues in excess of US$4billion – for a stipend of A$7k per annum – I feel I was surely the Australian taxpayers’ best value diplomatic representation in the world.

In my new book Gibbous Moon Over Lagos: Pursuing a Dream on Africa’s Wild Side I tell the story of my life there as I developed my vision and went for it. My thrilling and discouraging experiences are for people interested in the tale of someone following her ambition, signing up for adventure, and taking the steep learning curve along the way. And of course, the tale is for Africaphiles, changemakers and anyone interested in African travel and business.

Esprit de Battuta: Alone Across Africa on a Bicycle, now in its third edition in English and very successful in its Dutch and German editions, is my book about my epic solo cycling adventure. I am a Fellow of the UK’s Royal Geographical Society (with IBG).

I am an author, speaker and business advisor, honoured and excited to be contributing to the overdue conversation about entrepreneurial Africa, passionate about the unleashed potential of Africa’s female entrepreneurs, and keen to offer insight into what it takes to succeed in a Nigeria and Africa bursting with energy and opportunity.

I offer inspiration, cautionary tales and advice to would-be African investors, entrepreneurs and social entrepreneurs, and seek to inspire others – especially women – to embrace a curious, adventurous spirit in life, business and travel. 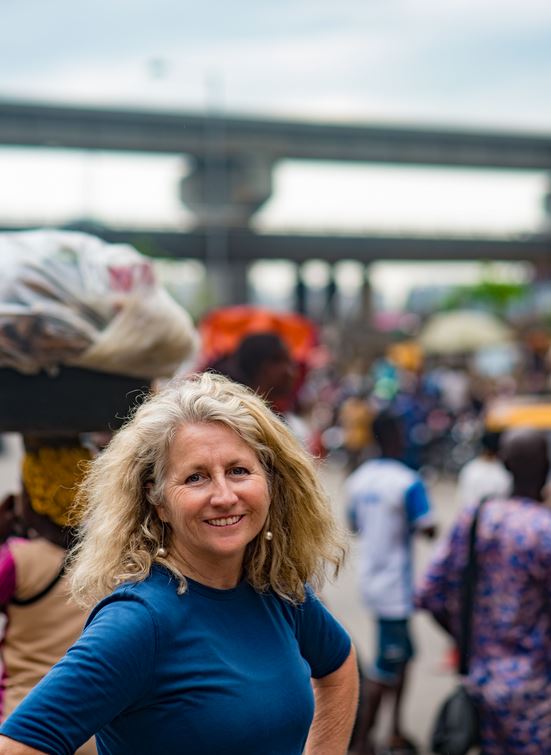